BURMA – TOWARDS A NEW KIND OF REVOLUTION, AN AWARNESS REVOLUTION 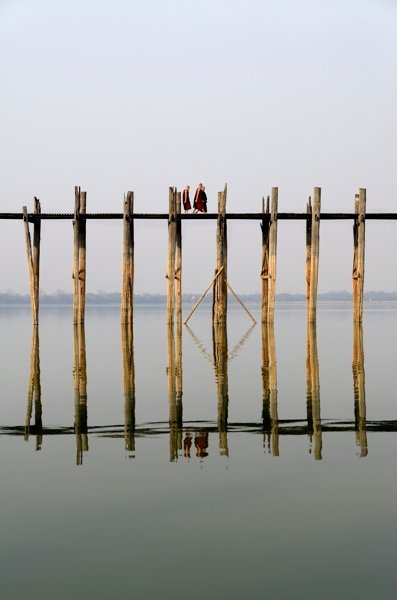 Ever since 1988, there has been no doubt about the desire for change in Burma. Aung San Suu Kyi
and the National League for Democracy are at the forefront of a movement aiming to transform this
totalitarian state into a democracy. The violent overthrow of existing institutions is not their chosen route,
however:
“Revolution par excellence is an intellectual revolution, which comes from the conviction that it is essential
to change mental attitudes and the values that shape the development of a nation. A revolution that aims
only to change official politics and institutions with a view to improving material conditions has little chance
of success.”
Let’s take a look at the background behind the revolution longed for by ASSK.

A population that is essentially rural 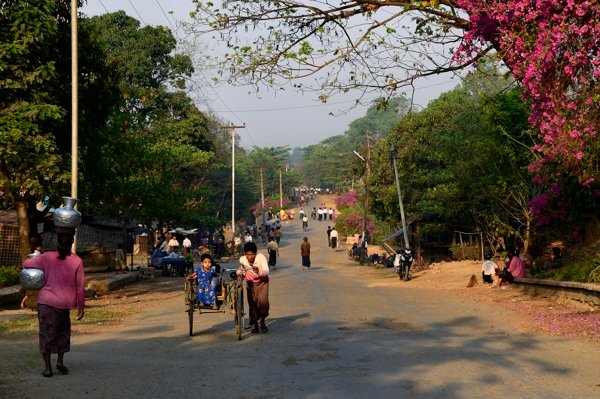 There are still very close ties between the Burmese people and they are therefore more receptive
towards a general change in attitude. 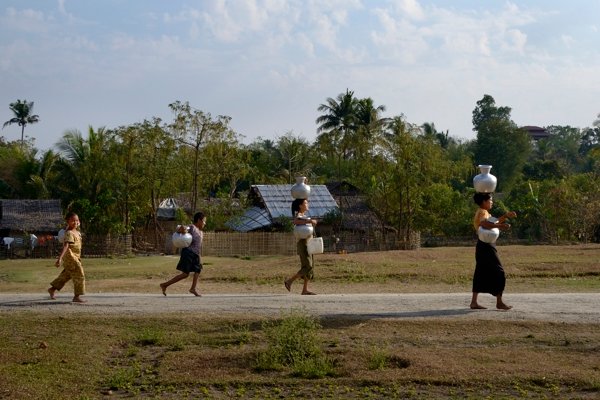 The Burmese have a tendency towards the spiritual
We cannot even begin to try to understand them without taking this into account. This mysticism
is expressed in nature in particular, with a rock being transported to the sea by angels or a cave
becoming a cathedral. 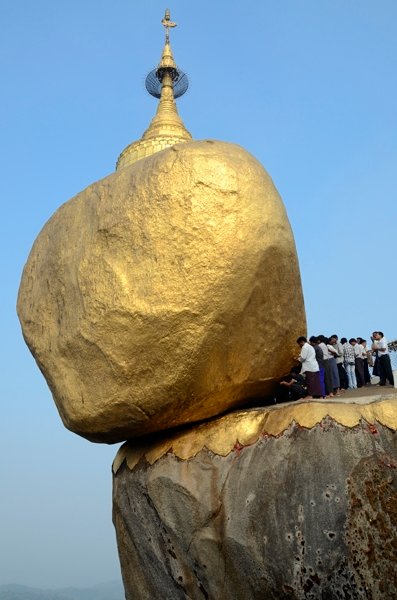 Below is the “kyauk kalap” pagoda, which is like something straight out of a fantasy film. 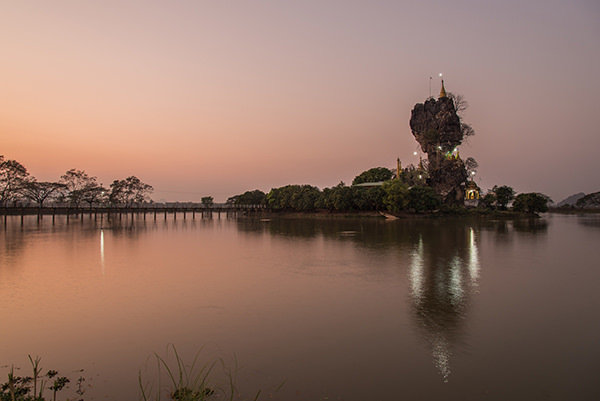 A population with strong links to its Buddhist past
These are some of the 4000 temples at Bagan, most of which were built between the 10th and 13th centuries.

The Burmese have kept in touch with their roots – historic sites are very popular places of
pilgrimage and 90% of the population is Buddhist. 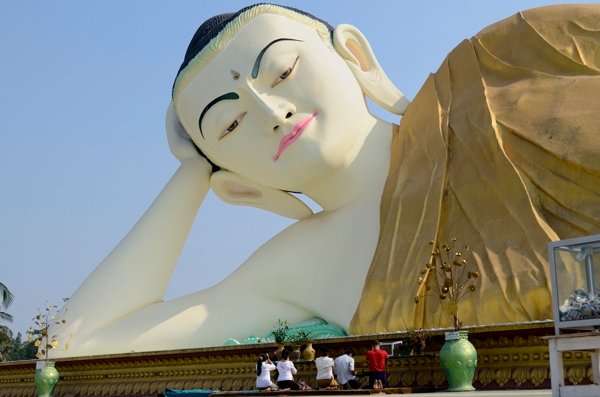 They are ardent in their Buddhist faith. Below you can see pilgrims on their way to the
Shwedagon Pagoda Festival in Rangoon, which is the most sacred pagoda in the country. 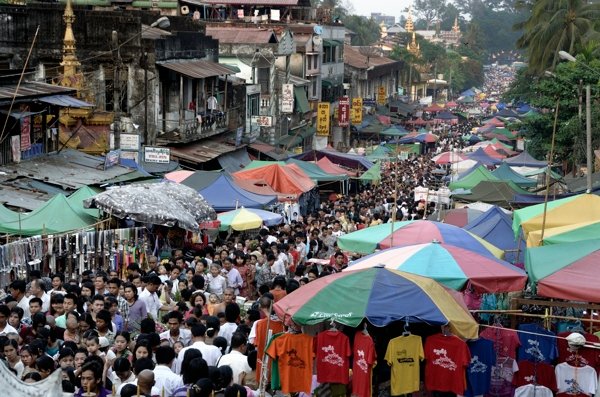 Monks at the heart of Burmese life
The community of monks, which was one of the spearheads of the 1988 uprising, plays an important
role in the life of the Burmese. The monks live entirely off donations, like these monks who are
returning to their monastery after begging for food. 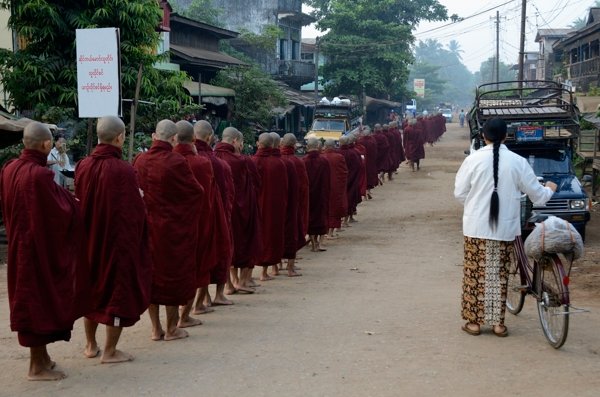 The monks also provide education for children from poor backgrounds. 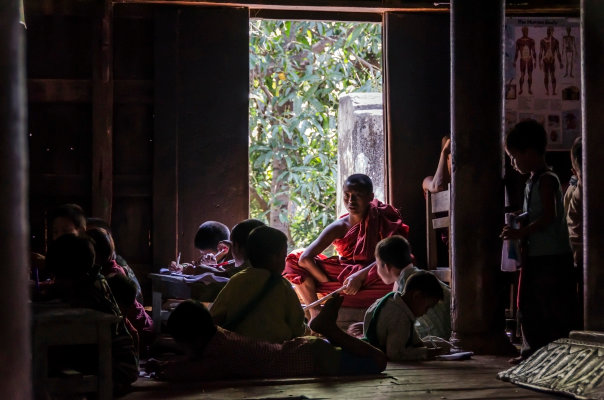 The ceremony for the initiation of novicehood is by far the most important ritual in Burma. From
the age of 7, young Burmese boys enter the monastery as novices for a period which may last
from several days to a lifetime. 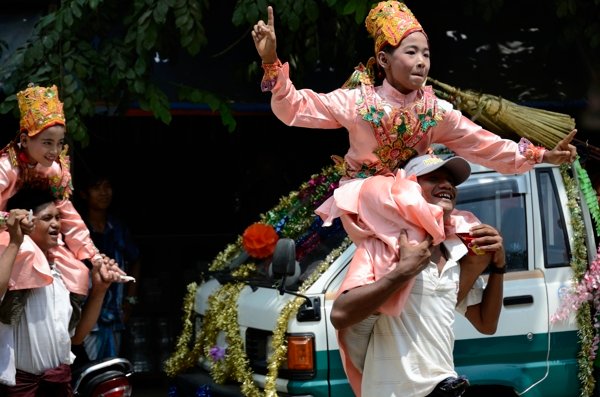 Many young girls also prepare for their novice hood. 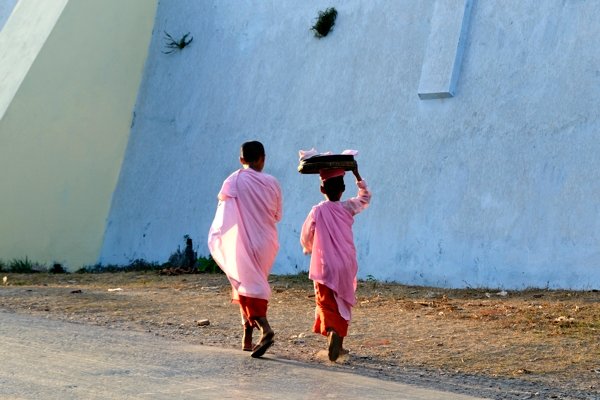 A charismatic leader
The hopes of the Burmese for change are embodied by Aung San Suu Kyi. She enjoys widespread
support from her people and is recognised at an international level, thanks in particular to the Nobel
Peace Prize she was awarded in 1991. 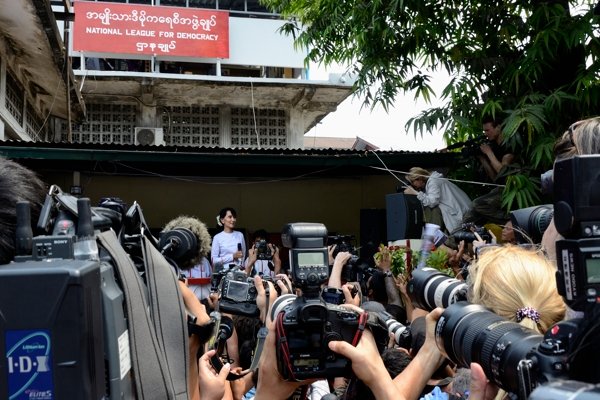 The popularity of ASSK is evidence of the fact that her philosophy, based on non-violence, rings true
in the hearts of the Burmese people. She undoubtedly has the necessary spiritual dimension. Her status
as the daughter of General Aung San, who was assassinated by the military junta just as he was trying
to establish democracy for the country, gives her an additional aura. She certainly has a legitimate claim
for continuing her fight for democracy. 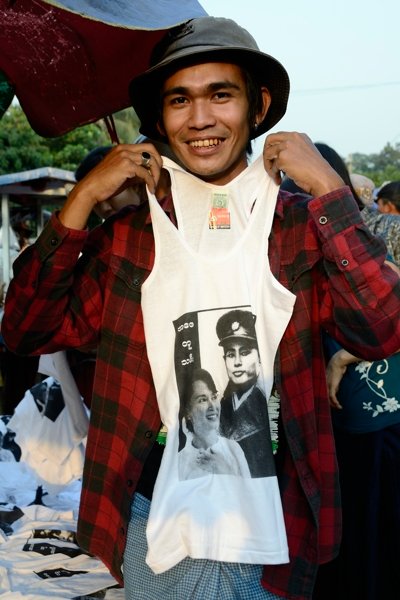 In order to achieve her goal, she must succeed in including many different ethnic groups in a democratic
Burma, which is able to fulfil their hopes and needs. This will only be able to happen if the army accepts
that it would be the best solution for the country. 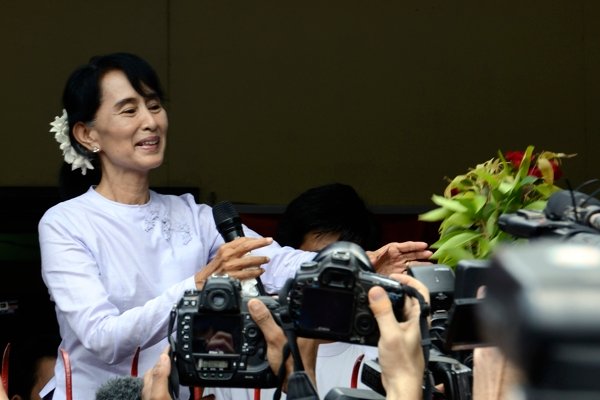 Meditation as a weapon
Many members of the National League for Democracy, including ASSK, get their strength from meditation.
Many claim that they have come out from periods of imprisonment feeling stronger thanks to meditation. 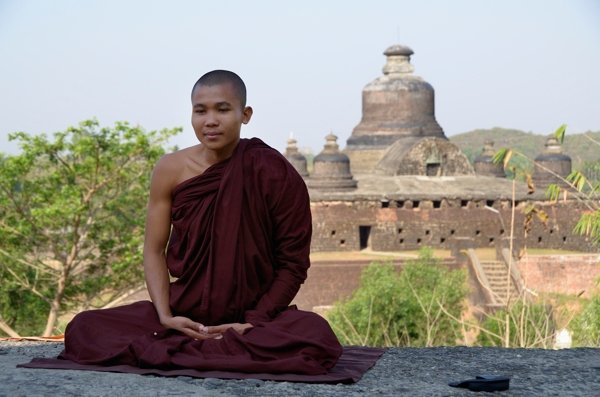 “You have to develop your inner spiritual force, because those who have that force don’t feel hatred or
hostility because they do not experience fear.” ASSK 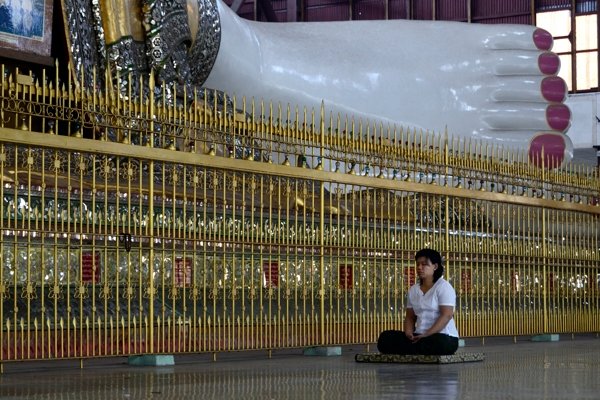 A revolution is underway
It is clear that people in Burma are now less afraid than they have been in the past. Followers of ASSK and
the NLD have been proud to show their political opinions since the system showed signs of opening up. It is
possible that the military has also become less afraid of losing power, which would also explain this change. 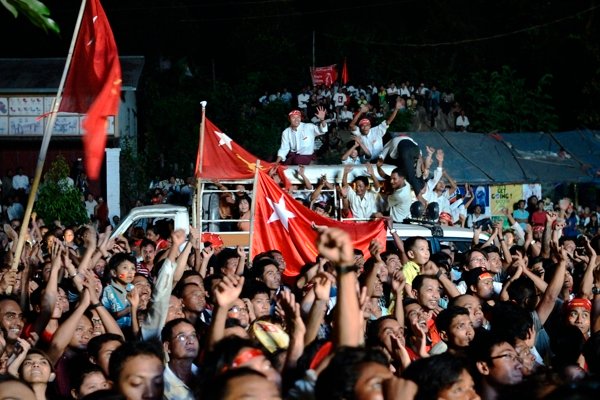 “The non-violence route may well be the slowest, but I think that long-term results will be more stable this way
than if we gain victory by violent means. In this respect, patience and perseverance go hand in hand.”
(U TIN OO, one of the leaders of the NLD). 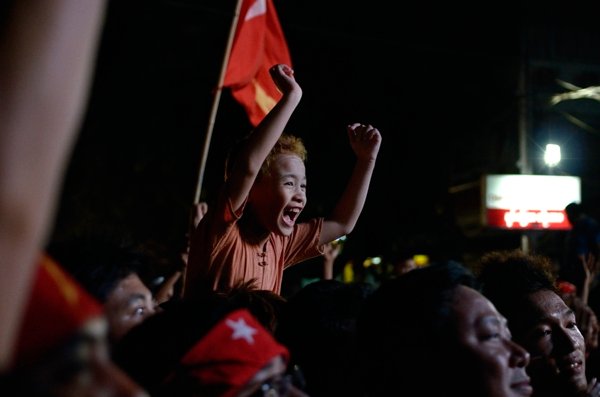 Current changes at a political level reflect a change in awareness. This change relies on an ancient wisdom
that the Burmese have never completely forgotten. In fact, ASSK’s speeches are essentially sourced from
Buddhism and the non- violence lauded by Gandhi. 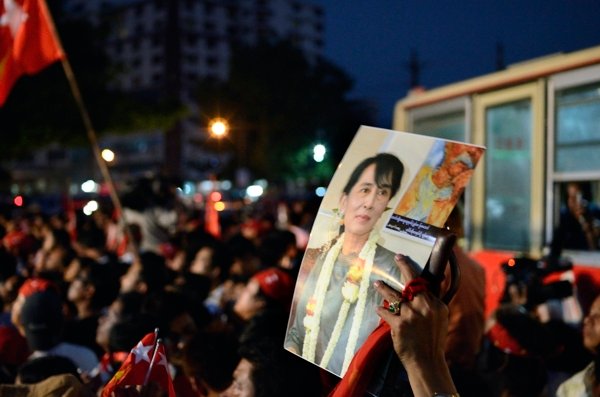 So Burma seems capable of proposing a middle ground between the materialistic reasoning behind capitalism
and a totalitarian state by reinstalling the wisdom of ancient India.
© All rights reserved Nicolas Jouhet